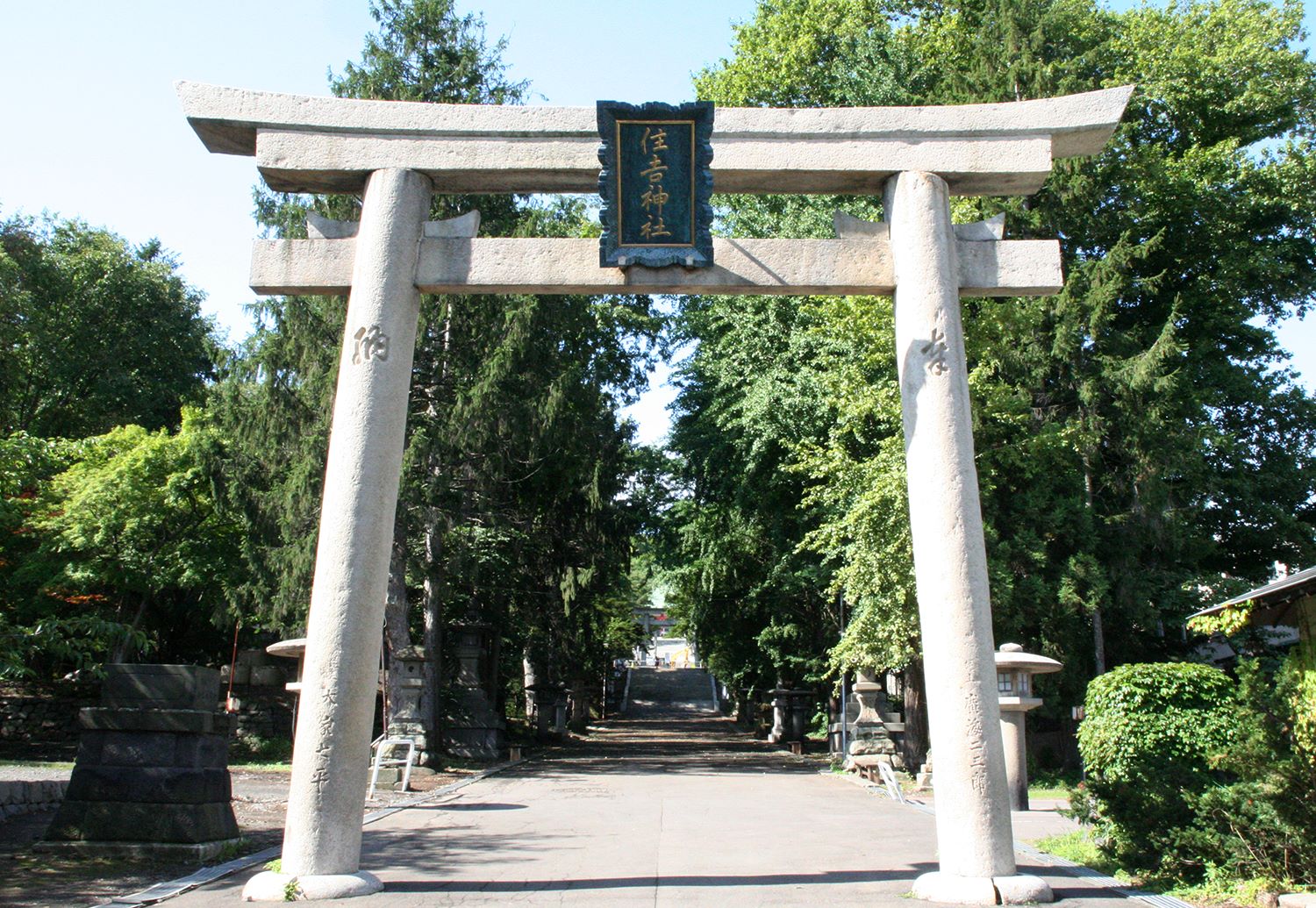 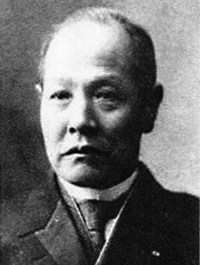 Born in 1854 (first year of Ansei), in Segoe-machi, Kaga, Ishikawa prefecture. During the 12th year of the Meiji period (1879), Nisaburo purchased a Western sailboat, and in the Meiji 24 (1891), he owned 3 steam boats, and by Meiji 36 (1903), he owned 6 steam boats. In Meiji 37 (1904) he was elected a high tax-paying member in the House of Peers (Japan). He founded both Hiroumi Trade Company, and Nihon Kasai Kaijo Hoken Company (insurance). In Meiji 32 (1899), he and his brother, Shichihei Ohie the fourth, contributed the first *Torii to Sumiyoshi Shrine. Nisaburo died on January 29, 1929 (Showa 4), the same day as his brother Shichihei.
Stone used for the torii was manufactured in Onomichi, Hiroshima. One Kitamaebune was purchased specifically for hauling the stone. 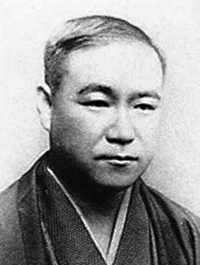 Born in 1865 (first year of Keio era) in Segoe-machi, Kaga, Ishikawa prefecture. From 1841 (12th year of Tenpo), when the second generation of the house of Ohie became an independent shipowner, the family engaged in the shipping industry until the fifth generation. Shichihei, fourth generation Ohie, built the Ohie warehouses in Otaru in 1891 (Meiji 24), proceeding with the change over to steamboats, and leading the company into its golden years. In 1896 (Meiji 29), a maritime route between Siberian ports and Otaru were opened by order of the Ministry of Communications and Transportation. In 1921 (Taisho 10), Oie Trade Company was founded, and Shichihei assumed position as CEO. In Meiji 32 (1899), he donated the first torii to Sumiyoshi Shrine, along with brother and fifth generation of the company, Nisaburo Hiroumi. He died on January 29, 1929 (Showa 4), the same day as his brother Nisaburo.